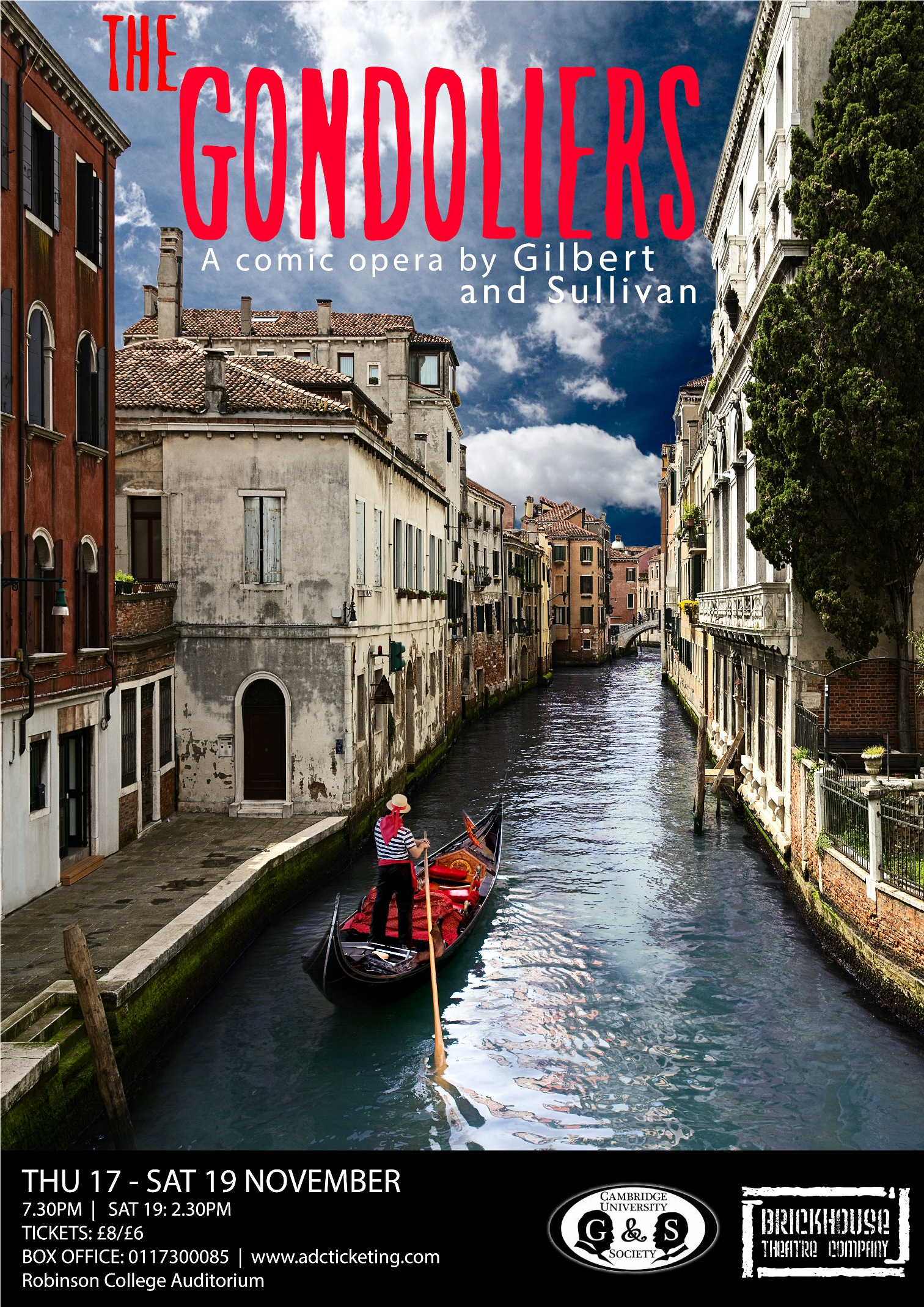 Set in sunny Venice, The Gondoliers tells the story of the Palmieri brothers who hold mastery over the city’s canals and the hearts of the local girls. But the arrival of the Spanish aristocracy along with the Grand Inquisitor presents a royal revelation and a serious identity crisis to the Gondolieri and their brides. With romance, political satire, roses white and roses red, The Gondoliers will be a show to remember. Of that there is no manner of doubt, no possible doubt whatever!

The CUG&S freshers’ show is a fantastic opportunity for newcomers to the society to get involved and perhaps try something they haven’t had the chance to before. Everyone who auditions is guaranteed a role in the chorus with priority for principal roles given to those who have not played a principal role before.