Welcome to the Brickhouse Theatre Company!

Based in Robinson College, part of the University of Cambridge, we put on a number of student-led events and productions every year, including plays, musicals, comedy nights and the annual pantomime!

We are always looking for exciting new (or interesting takes on old) productions to put on in our college’s 240-seater Auditorium, which is decked out with an array of A/V and lighting equipment.

Apply to put on a show!

To find out how to apply for Brickhouse funding or to direct a Brickhouse mainshow, click here!

I’m Alex and I’m a third year History and Politics student at Robinson. I was Vice-President of Brickhouse last year and am very excited continue enriching the cultural scene in Robinson with my co-president Annabelle. I’ve been involved with Cambridge theatre in many different ways: directing, writing, performing and producing. If you have any questions about Brickhouse, or Cambridge theatre in general, don’t hesitate to get in contact with me (arl67@cam.ac.uk). 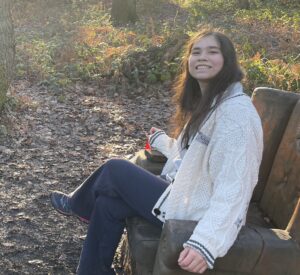 Hello! I’m Annabelle, a fourth year physics student at Robinson College. I originally became involved with the Brickhouse Theatre Company through stewarding in my first year and was really impressed by the standard of writing and performance exhibited by my peers. I look forward to showcasing this again as we bring live theatre back to the Robinson Auditorium this year following a year of closure. Last year, I was the BTC treasurer and I am really excited to begin my new role as co-president with Alex. If you are interested in being a part of any of our shows, pitching your own show, stewarding,  becoming a part of the committee, or want to chat about any other aspect of Brickhouse please send me a message on Facebook or email me at al916@cam.ac.uk – I’d love to have a chat with you! 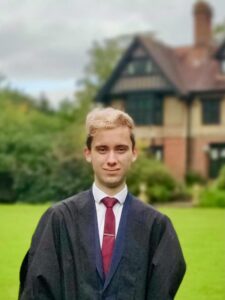 Hi, I’m Dylan, a second-year studying History & Politics at Robinson. I’ve mostly been involved in theatre in a variety of director-ish roles, including directing the Brickhouse funded show Memento Mori. I’m really looking forward to helping Brickhouse put on a diverse range of great shows, including the post-pandemic return of theatre to Robinson. If you’ve got any queries about BTC feel free to get in touch with me.

Hello! I’m Pip, a second-year English student at Pembroke. I have been working in the theatre for years, my credits including performing alongside Kenneth Branagh in his production of ‘Macbeth’ at MIF; playing a lead role in ‘The Woman in Black: Angel of Death’; performing in the original run of the award-winning ‘A Doll’s House’ at the Young Vic; and ‘Travelling Light’ at the National Theatre. I have also been in two National Theatre Live broadcasts and worked with Marvel and Disney playing young Iron Man in ‘Avengers, Hero Up’. In addition to being an NYT member, I have worked extensively as both a director and an acting coach, training professional and non-professional actors for a variety of auditions and performances. These include auditions for both the National Youth Theatre and various prestigious London drama schools, where my clients have been successfully offered places. I’m very excited to be on the committee this year, don’t hesitate to get in touch at pp515@cam.ac.uk if you have any questions!