This October the Pembroke Players will return from their tour of Tokyo and Yokohama, Japan with the same Shakespeare play first toured ten years ago: Romeo and Juliet. In the 400th anniversary year of Shakespeare’s death the ever-recognisable love story of Romeo and Juliet continues to find new resonance. This is a modern, energised restaging of the classic text. Having performed in Tokyo, Okinawa, Ely, Cambridge and London – don’t miss the last few performances of this show with some of Cambridge’s most experienced actors. 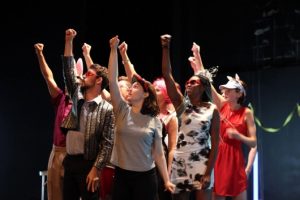