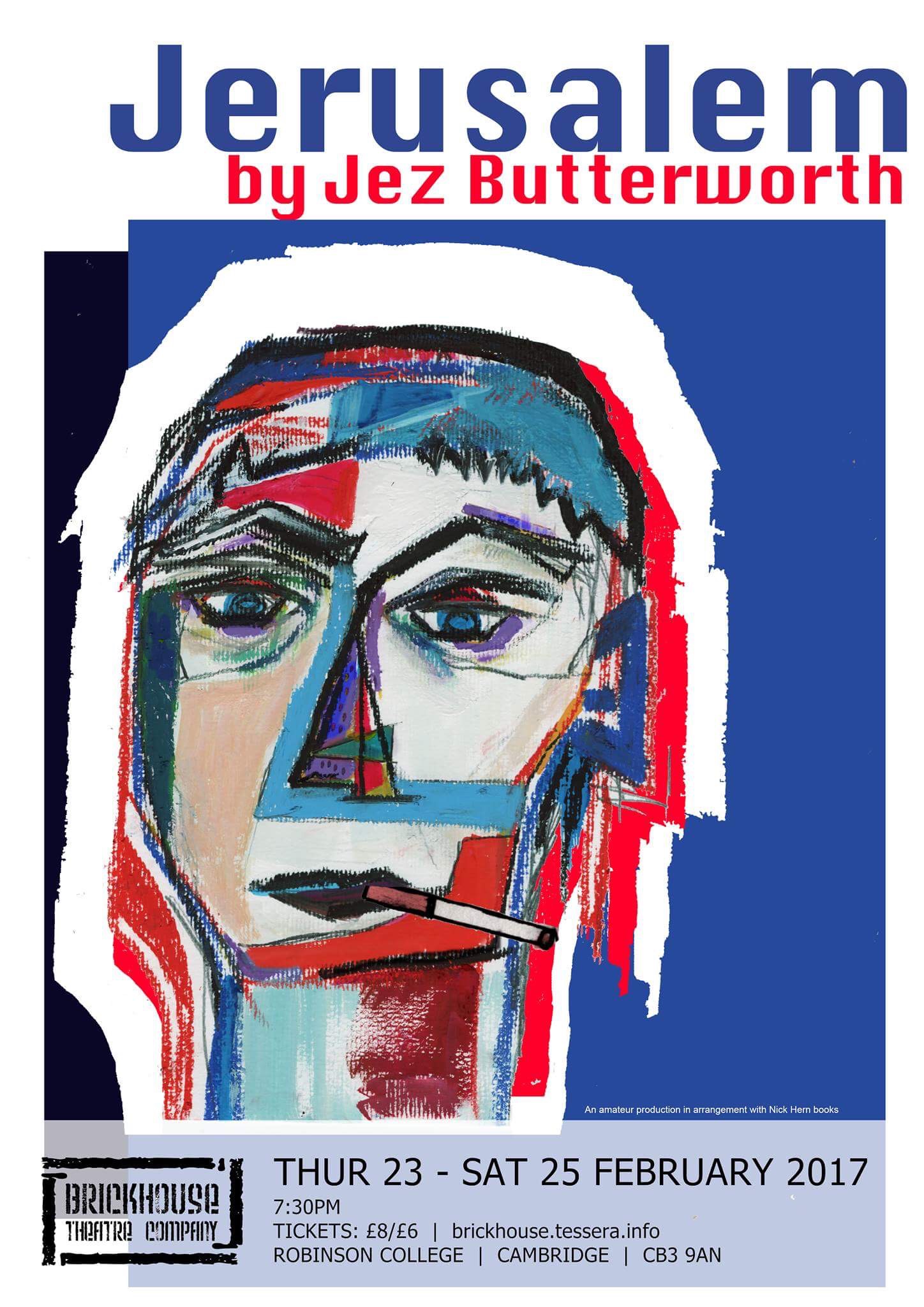 Following rave reviews of its premiere in 2009, at the Royal Court Theatre, Jerusalem’s run was extended and transferred to the Apollo. Jerusalem follows Johnny “Rooster” Byron on St. George’s Day, who besides being a local waster and modern day Pied Piper, is also a wanted man. Council officials want to evict him, his son wants to be taken to the fair, and his rag-tag group of mates wants his ample supply of drugs and alcohol. It’s a play about contemporary life in rural England, described by The Guardian as “unarguably one of the best dramas of the twenty-first century”.

Next week, following its relative absence from the theatre circuit, Brickhouse is bringing Jerusalem back with a bang. Sex, drugs and a fair amount of Morris dancing are all on the agenda as the characters celebrate St George’s day in style. Get lost in the fantastical world of Johnny Rooster Byron and his gang of waifs and strays as they reminisce, prophesize and lament the state of our green and pleasant land.

A hugely versatile cast guides us through the highs and lows of this momentous day. With Lee leaving for Australia and Kennet and Avon council hot on Johnny’s trail, there’s a sense that this rag tag group will never be the same again. Watch as they struggle to let go and eventually come to terms with a life of rural banality, in a play that is in one minute hysterically funny and the other deeply revealing.

The show’s directors, Emma Snell and Rowan Hall Maudslay say of the production: “We felt like the world of theatre is so often crowded with lofty, inaccessible pieces and we wanted to put on something utterly unpretentious. Jerusalem is that play, its bold and loud and thoroughly entertaining. A play for people who don’t like plays as well as for those who do.”

‘Jerusalem’ runs from Thursday 23rd to Saturday 25th February at 7:30pm in the Robinson College Auditorium. Tickets are only £8 (£6 concession) and can be purchased online: https://brickhouse.tessera.info